In Jesus’ teaching, the kingdom and the church were interchangeable terms. According to the Gospels, what is the chief purpose of the Spirit’s mission in equipping believers for the kingdom’s advance? They will be made witnesses throughout the world, proclaiming “repentance and forgiveness of sins”(Luke 24:45—49).

Repeatedly, Jesus and the apostles describe the kingdom as a gift we receive. Jesus tells his disciples that the world will persecute the church. Nevertheless, he says, “Fear not, little flock, for it is the Father’s good pleasure to give you the kingdom”(Luke 12:32). “I will build my church,”Jesus promised, “and the gates of Hades will not prevail against it”(Matt. 16:15—18).

All other empires we build in history can and will pass away, but “we are receiving a kingdom that cannot be shaken”(Heb. 12:28). Christ himself is the gift, along with his Spirit; and because the church-kingdom is brought into being, sustained, and growing to the ends of the earth through the preaching of the gospel, baptism, and Eucharist, it is a thoroughly divine work of grace through creaturely means of grace.

There is a place for our agency, for actively following Christ’s example of humility and generous love as well as righteousness. However, there is something far richer, far deeper than our “willing and running.”It is the Holy Spirit who moves us beyond the imitation of Christ into union with Christ. The church does not repeat or extend Christ’s incarnation or his redeeming and reconciling work; rather, it is called–in all of its difference from Christ–to be the creaturely and sinful entity it is by testifying to Christ.

As Jesus taught it, what is the kingdom, and is this kingdom substantially different from what the apostles describe as the church?

In the early church, the pilgrims gathered from east and west were baptized with the Spirit–John the Baptist’s chief indicator of the kingdom’s arrival. They gathered regularly to share in a meal that is a foretaste of the wedding banquet in the kingdom, submitting to the discipline and doctrine of the apostles and the prayers (Acts 2:42). The charter of the kingdom, known as the Great Commission, then sent the apostles out to proclaim the gospel, to baptize, and to teach in his name (Matt. 28:19; cf. Mark 16:15—16). Indeed, our Lord asked Peter to feed and tend his sheep (John 21:15—17); and the chief purpose in sending the Spirit, according to Jesus, was that his disciples would be made his gospel witnesses to the ends of the earth until he returns (Acts 1:8).

When one compares the identification of the kingdom in the Gospels with the description of the church in the Epistles, any difference between a charismatic and dynamic kingdom of the saints and the church as an institution across all times and places vanishes. Consistent with his farewell discourse in John 13—16, Jesus’ answer to the disciples’ last question “Lord, will you at this time restore the kingdom to Israel?”(Acts 1:6) is to wait for the Spirit’s outpouring at Pentecost. This is the conquest, the fulfillment of the event Jesus promised in answer to their question about the kingdom’s restoration. It is this restoration of the kingdom that the apostles identify with the growth and expansion of the church in these last days. This is the “Gospel of the Kingdom.”

Throughout the Gospels, Jesus redefines the qahal (assembly) of Israel and redraws its boundaries around himself, as does the apostle Paul (e.g., Eph. 2:11—22). Jesus will gather “other sheep”into the fold of the true Israel and will be one Shepherd over one flock (John 10 as the fulfillment of Ezek. 34). For the Jesus of the Sermon on the Mount, the kingdom is no longer a geopolitical nation but a worldwide family of Abraham that flourishes and conquers through the word and Spirit.

The seventy-two returned with joy, saying, “Lord, even the demons are subject to us in your name!”And he said to them, “I saw Satan fall like lightning from heaven. Behold, I have given you authority to tread on serpents and scorpions, and over all the power of the enemy, and nothing shall hurt you. Nevertheless, do not rejoice in this, that the spirits are subject to you, but rejoice that your names are written in heaven.

In both instances, Christ’s followers are beneficiaries of his conquest of the evil powers, but the principal matter for rejoicing is that they are enrolled among the elect. The church will tread upon serpents (the demonic hosts), triumphing over them by “the word of their testimony”concerning Jesus (Rev. 12:11).

The nation-state of Israel is dismantled in order to expand the borders of the kingdom to the ends of the earth. Yahweh will at last be acknowledged as Israel’s only King. The Father’s benediction rests on its heirs–not as the reward for their faithfulness in the land, but at the outset, as a gift to the spiritually destitute (Matt. 5:1—12). As a “city set on a hill,”the church is to be characterized in its sacrificial fellowship by a higher ethic in terms of anger, lust, divorce, and lawsuits than society at large (vv. 21—37).

Possessing the security of a heavenly homeland and every good gift in Christ, they endure persecution, and, instead of driving out the nation, they pray for their oppressors and respond with foolish generosity (vv. 38—48). Shockingly, Jesus issues the imperative: “Give therefore to the emperor the things that are the emperor’s, and to God the things that are God’s”(Matt. 22:21). In the church, the leaders are not to jockey for power like the Gentile rulers but are to imitate the king who “came not to be served but to serve and to give his life as a ransom for many”(Matt. 20:28).

Are not all of these imperatives carried over by the apostles, as they enjoin obedience even to the wicked rulers as God’s servants (Rom. 13:1—7; 1 Pet. 2:13—17)? They are to exhibit patient and nonviolent reaction to persecutors, mutual submission in love, and the settling of differences even over temporal affairs by the church.

Jesus breathes on the disciples, and they receive the Holy Spirit. He gives the apostles the keys of the kingdom, which are nothing other than the marks of the church. By preaching the gospel, baptizing, and teaching them to obey his commands, they will open and shut the kingdom’s gates (Matt. 16:17—19; 18:18—20; John 20:22—23). In view of these episodes in the Gospels, what is the apostle Paul’s message and ministry other than the triumph of Jesus over Satan, death, hell, and the curse of the law? The worldwide family of Abraham that reaches even the salons and courts of Rome itself? The nations streaming to Zion in willing submission to Israel’s king–in various ways is this not the vision the Epistles explore in great detail?

The church is first and foremost the people, the professing believers with their children. This congregation is gathered officially by its Covenant Lord to receive his good gifts, including his instruction but especially his promise and its visible seals in the sacraments, to pledge their loyalty and recount with thanksgiving his mighty acts, to confess their sins and their common faith, to receive his absolution, to seek his protection, and to embrace one another in the fellowship of a family. This “called-out assembly” is part and parcel of the gospel promises seen in the Old Testament itself. 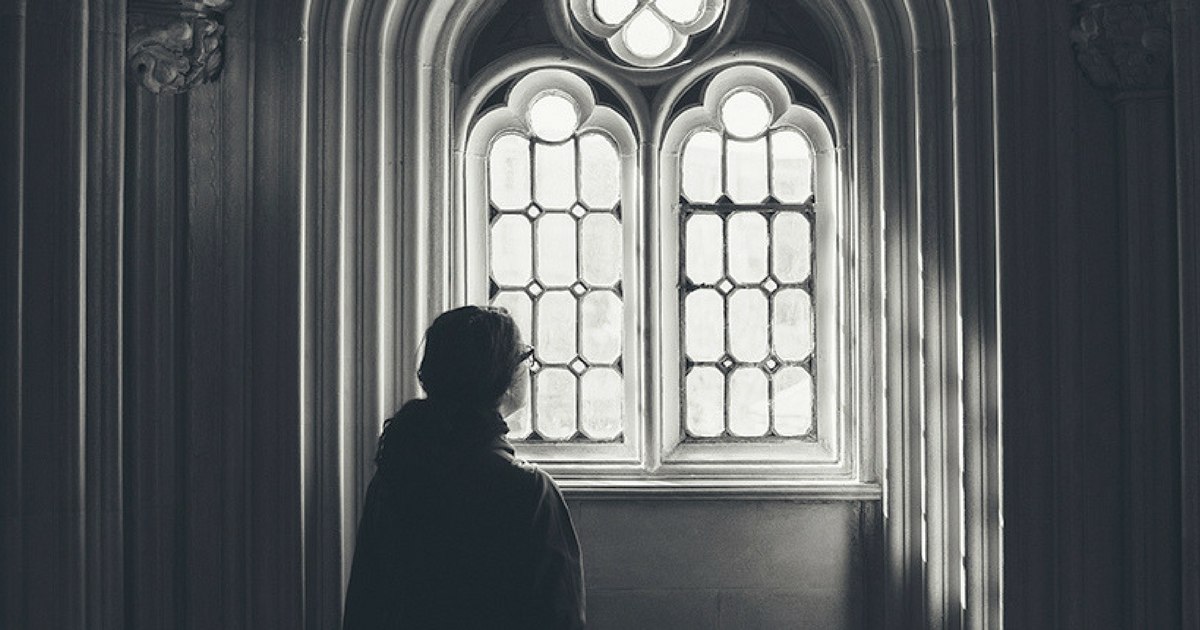 Praying for God's Kingdom to Advance

J.I. Packer: What Is the Lord's Supper?

The Gospel of the Kingdom